When Mistress Inka’s stableboy doesn’t do his job, he’s in for an extreme paddling in this new outdoor humiliation and spanking clip. Gorgeous British Domme Mistress Inka is looking every part the Goddess, as she fulfills the role of the lady of the manor, with her knee-high boots and gloves. And she’s going to show her farm slave just what happens when he doesn’t do as he is told. After being caught naked and touching himself in the barn, Mistress Inka brings her slave down a peg or two, insulting him, verbally degrading him, and making sure he knows just how unimpressive he is with a good dose of small penis humiliation. As she begins to spank him with her strong, thick leather paddle, this wriggling slave is unable to stay still, so he must be dragged outside for all to see. Once outside, Mistress Inka uses the paddle to turn this slave’s sorry ass red raw, and before long he is bruised and bleeding. However, Scottish dominatrix Mistress Inka is a true sadist and is enjoying herself too much to stop her hard punishment even when he begs. Mistress Inka loves to subject her slaves to some humiliating exhibitionist outdoor punishment. Once she’s forced her slave to endure a final 30 hits of the paddle, Mistress Inka sends the humiliated, bleeding and whimpering slave off to finish the job he started. He’ll surely remember his punishment every time he sits down for weeks. 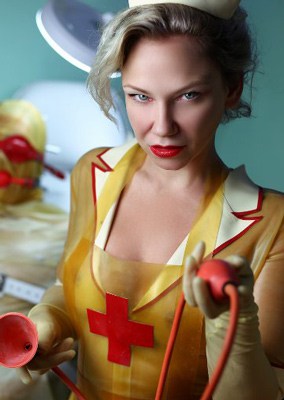